I was walking through a field to go look at the baby lambs when I stumbled across this beautiful nest. It is very well camouflaged as it doesn’t look much like a nest at all and the spotted eggs blend in well. It didn’t take long to figure out who the nest belonged to as mom and dad were squawking away nearby trying to divert my attention.

This is the parent and there are many of them here in Patagonia. They are very loud and noisy even at night. Not one of my favorites, for sure. They hunt for insects mainly at night in flocks. I know this only to well being woken many times by the noise. I don’t know of many birds that fly at night!

Here is a 4 day old chick  taken off of wikipedia – very well camouflaged!

It is hard to spot the nest in this open field. The chicks are also good at camouflage as they can hunch down in the nest and the markings on their back make them blend in just like the eggs as seen above.

Update – We stopped by about a month after we found the nest and all was gone. I think a fox must have eaten the egg or the chick 😦

In the second week of August, I saw these Leucojum or Giant Snowflakes. (wikipedia photo) 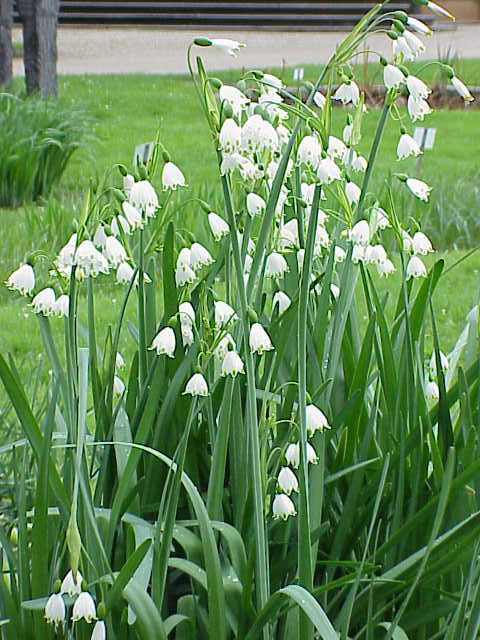 In the third week of August, I noticed the birches, nalca, and a few other trees have some leaf buds swelling.

Last week of August, and we have ….

Flowering Quince – above and below

the mystery bush – above and below

A daisy of some type!

All these photos were taken Frutillar Bajo

The Monkey Puzzle Tree or Auraucaria aracana is also known as the Chilean pine even though it is not a pine tree though it is in the Conifer family. It is native to southern and central Chile & Argentina. It is called a living fossil because the species is so old. It’s leaves are thick scales with sharp edges and points on them. It is dioecious meaning that there are male and female trees. It can grow to over 100 ft tall. The picture here is a young tree but as the tree grows older the lower branches die off and it becomes a long open trunk with a pyramid of foliage at the top. The seeds are edible, similar to a pine nut, but the tree doesn’t produce any until it is 30-40 years old. The good news is that the cones drop to the ground so you don’t have to climb it to harvest the seeds!

So how did it get it’s name if no monkeys live in Chile or Argentina? Well, legend has it that it was named by a Brit who had no knowledge of Chile, obviously! He was amazed by a specimen that had been brought to the UK in the 1850’s and like many people who think all of South America is the Amazon jungle he said “It would puzzle a monkey to climb that tree!” and the name Monkey Puzzle stuck. Here in Chile it is called Pehuen.

This flower blooms all winter and is great food for the hummingbirds who live here year round.

This is called the Quintral and it is a parasite in the Mistletoe family.

The mystery tree- anyone ID this for me?

So what is El Nino?

This brings heavier rain than usual to Peru and Chile. The winds most of this winter have been from the north bringing warmer wetter air down from the equator. The weather all winter has appeared warmer than last year meaning less snow on the mountains. Though May & June were wetter than usual, August hasn’t seemed quite so rainy and has had many mild and sunny days.

This is a washed out road due to the very heavy rains we have been receiving since May. Lots of flooding and some minor landslides and washed out roads. Lots of pastures with ponds in the middle of them.

This is a landslide that occurred behind a hotel in Frutillar Bajo causing some damage to the buildings. The fence across the top is post landslide.